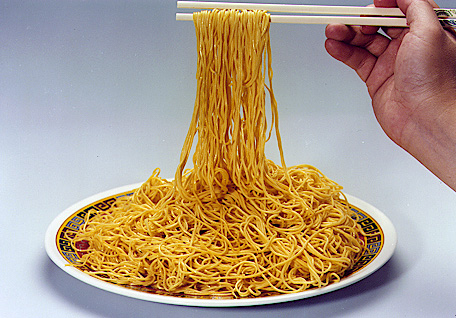 Which of the following, if inserted into the argument, would provide the best basis for conclusion above?

A)     Noodles are the only meal to which enriched flour is commonly added.

B)      Not all forms of enriched flour have the inte om overforbar same likelihood to produce an allergic reaction.

C)      Enriched flour is not naturally present in the noodles produced by these noodle makers in amounts casino online large enough to produce an allergic reaction in someone who online casino eats these noodles.

D)     These noodle makers have been able to duplicate the appetizing effect by adding enriching components by means that do not involve adding any potentially allergic substances to their noodles.

E)      Apart from enriched flour, there are no substances commonly present in noodles that create an allergic reaction.

Highlight the text below to see the answer.

Option A contains extreme word “only”.

Option B mentions irrelevant to the question types of enriched flour.

Option D is out of scope as it discusses ways of Sky Dancers Fingers Multi wholesaleproduction that do not involve enriched flour.

Option E is out of scope as it mentions other substances.

7 thoughts on “GMAT Problem of the Week. Issue#4”